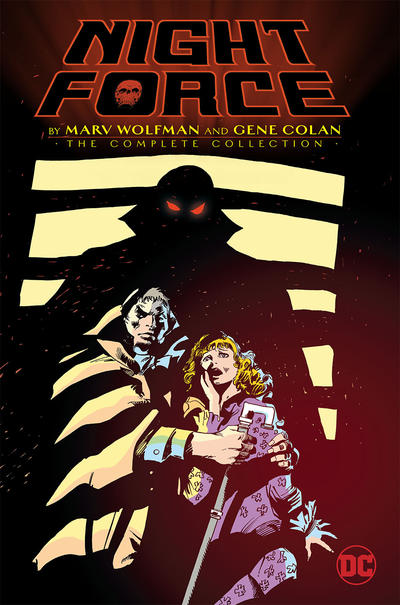 Growing up, as most boys did, I read comic books. I was a Marvel fan thru-and-thru, never being able to get into any of the superhero titles from rival DC Comics. With that being said though, I did enjoy DC’s horror and ghost titles.

Night Force debuted in August of 1982, when I was fifteen years old. I was immediately drawn to the cover, which is what sold me on the title initially. Because I did not read their superhero titles, I had no idea that the Night Force was first seen the month previous as an insert in their The New Teen Titans title.

The initial series ran for fourteen issues and I enjoyed the entire run. Throughout the series there were three main storylines. The first ran from issues one thru eight. The second story started in issue eight and ran thru issue ten and then the third story ran from issue eleven until fourteen.

The main character is Baron Winters, a sorcerer who would assemble a team of chosen individuals to fight supernatural threats. The Baron himself usually did not participate in the missions and would manipulate, sometimes unethically, others to do so for him.  The mansion was located in a special juncture of time and space, allowing him to send his team to different places and times. 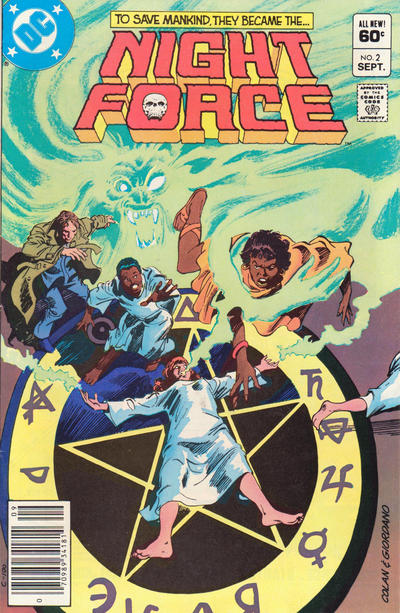 The first story part of this book is actually a reprint of the New Teen Titans insert, that introduces us to the Baron, Jack Gold and Vanessa Van Helsing. This leads us into the first story, called “The Summoning,” from the original series. Apparently the superatural, and evil, are being studied throughout the world. In the United States the tests are being carried out by Donovan Caine and his wife at Georgetown College under direction of the Pentagon. Similar tests are also happening in the Soviet Union.

Van Helsing, who is able to sense and tap into evil, and is being held at the Potomac Psychiatry Hospital, is affected every time Caine runs his tests, causing her to have what the doctors think are seizures. Meanwhile, around town, she had brought out demonic apparitions that burst out of the manholes on streets. Jack gets Vanessa out of the hospital bringing her to the Baron who then directs them to Caine’s experiments. 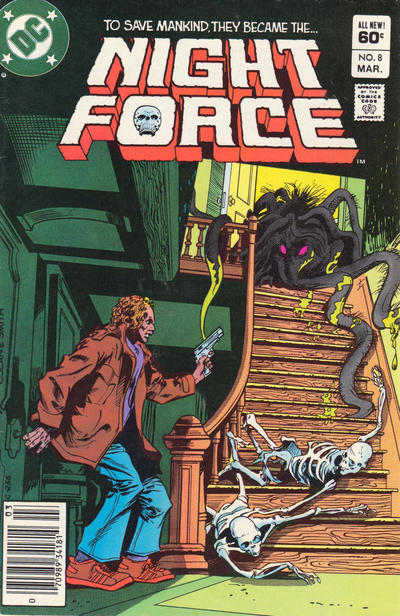 The experiments get out of control and Donovan Caine’s wife Marianne is killed when Soviet agents break in and disrupt everything. Vanessa is kidnapped and Jack and Donovan must team up to try and find her. When they arrive in the Soviet Union, they find Vanessa and are able to save her, but not before all hell breaks loose.

The story is well thought out and one that brought the reader back month-after-month. I actually enjoyed reading it in this collection all at once more than I did with the original release. The second story, called “Beast,” involves an alien creature that takes residence in an apartment building to observe the inhabitants. It locks all of the doors and provides everyone with everything they need with the intention of seeing how they react and develop. 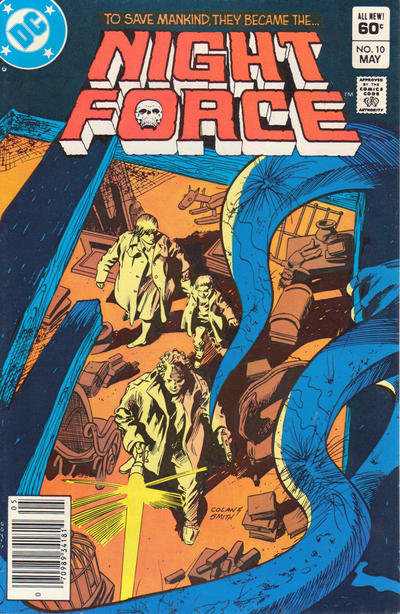 It cannot be killed by normal means such as beating it with something or shooting it. Then, if someone in the building dies, it would consume them leaving only a pile of dust and bones. This is where we are introduced to our hero, Paul Brooks, a escaped murderer who ends up at the apartment building. Without giving away the story, he does save the day.

The final story, “Mark Of The Beast,” is in my opinion the weakest of them all. A couple buy a mansion but it is haunted by the angry ghosts of men that worked with Hitler. Though the story is not my favorite, it is still engaging and brings back Vanessa Van Helsing who goes back in time with the Baron to make things right.

To this day I am still not a huge fan of the DC Universe but was excited to see this collection released! It wasn’t until I was doing some research on the title that I found out that there were two other incarnations of this series that come out, one in 1996 and then one in 2012. Though I am interested in reading these, I will hold out until another collection is put out as opposed to buying the back issues.

In the meantime, Night Force: The Complete Collection, is highly recommended whether you are already a fan or not. It is great storytelling by Marv Wolfman and the Gene Colan artwork is classic. Fittingly, this book came out on Halloween in 2017 and is thankfully still available! You can buy your own copy through Amazon by going HERE!

Start a Blog at WordPress.com.