Welcome to another entry in my Cabinet of Curiosities series. This time I am writing about the High Hand of Mamba Shampti, the Voodoo Witch of Haiti. I was able to obtain this unbelievable severed hand after reading about a sale that a paranormal museum in New York was having.

The story, as told to me, began in 1804. Mamba Shampti began her reign as voodoo queen over the village of Verrettes where she lived. Shampti was well known for her voodoo powers long before she arrived in Haiti. She soon became the person that the Haitian villagers would seek out for her remarkable healing abilities and good, strong juju.

Mamba Shampti served as the revered healer of the village for many years and was credited with being able to grant anyone’s deepest desires. She could make whoever she wanted into a King. This was proven many times throughout history. Shampti would perform her voodoo rituals at the cost of one dollar each, a large sum at the time. Once paid she would wave her “High Hand of Voodoo” over a person and soon he would find himself a wealthy man, both financially and in life. 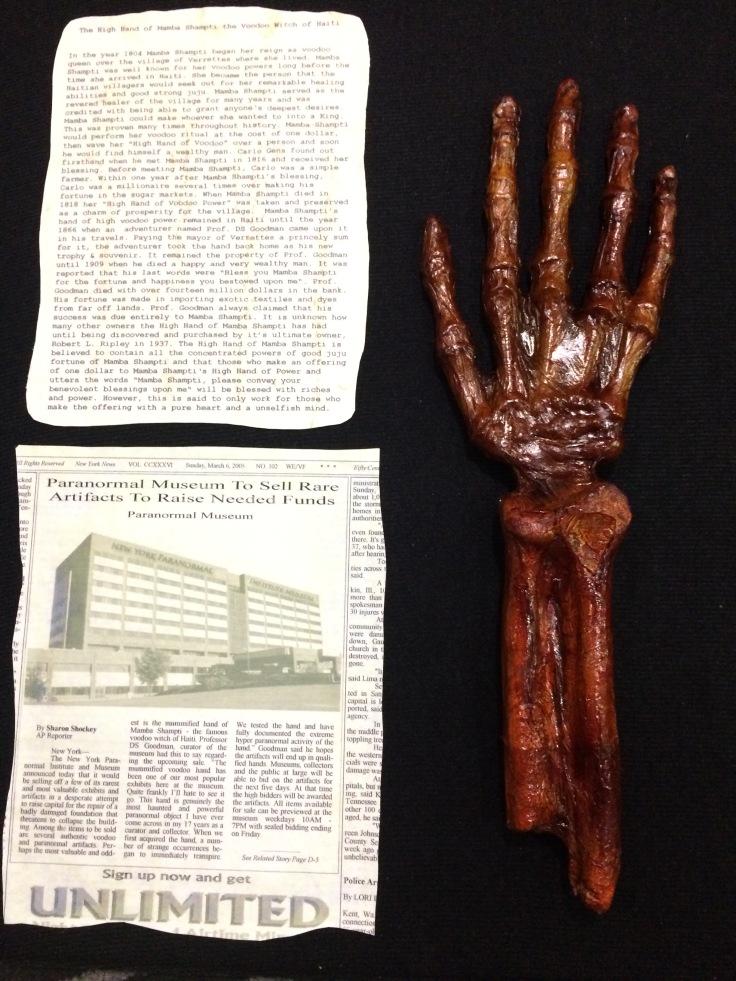 A Carlo Gens found out firsthand when he met Mamba Shampti in 1816 and received her blessing. Before meeting her, Carlo was a simple farmer who felt he deserved more. Within one year after Shampti’s blessing, Carlo was a millionaire several times over making his fortune in the sugar markets.

When  Mamba Shampti died in 1818 her “High Hand of Voodoo” was cut off mid-forearm and preserved as a charm of prosperity for the village. The hand remained in Haiti until the year 1866 when an adventurer named DS Goodman came upon it in his travels. Paying the mayor of Verrettes a princely sum for it, the adventurer took the hand back home as his new trophy and souvenir. 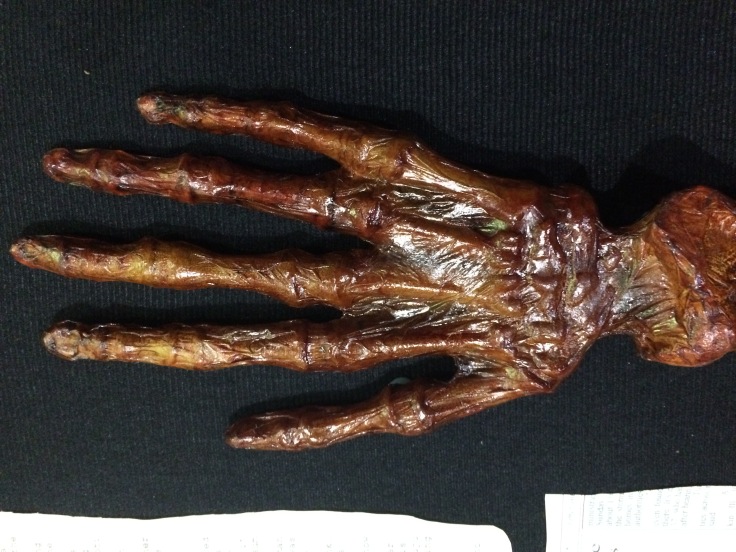 It remained the property of Goodman until 1909 when he died a happy and very wealthy man. It was reported that his last words were “Bless you Mamba Shampti for the fortune and happiness you bestowed upon me.” DS Goodman died with over fourteen million dollars in the bank. His fortune was de in importing exotic textiles and dyes from far off lands. Goodman always claimed that his success was due entirely to Mamba Shampti. 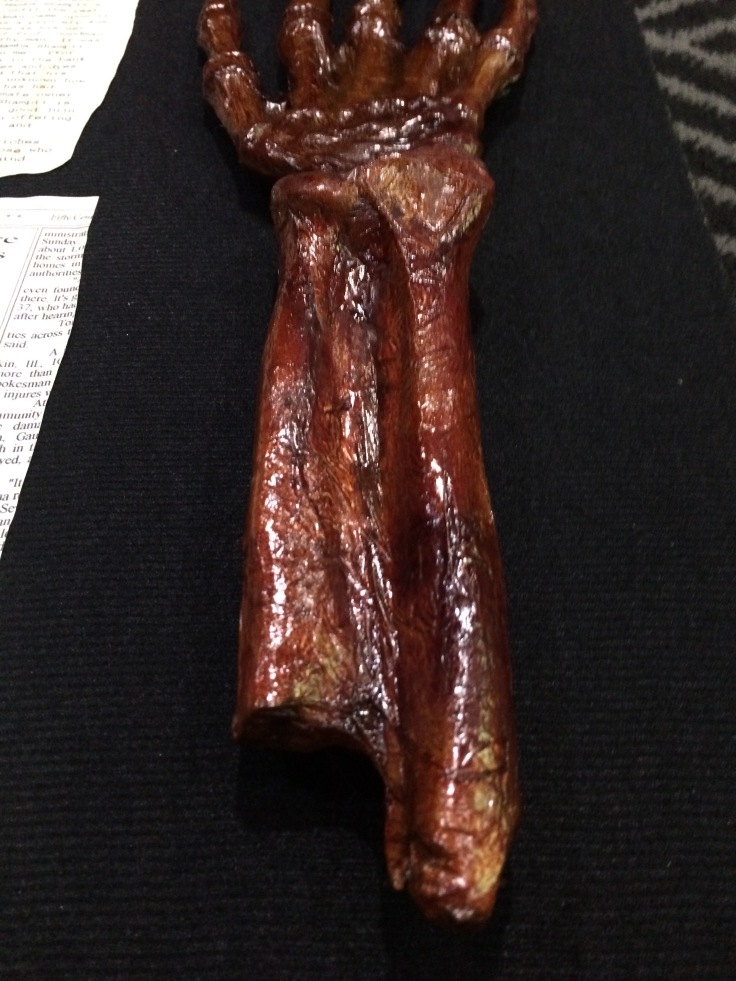 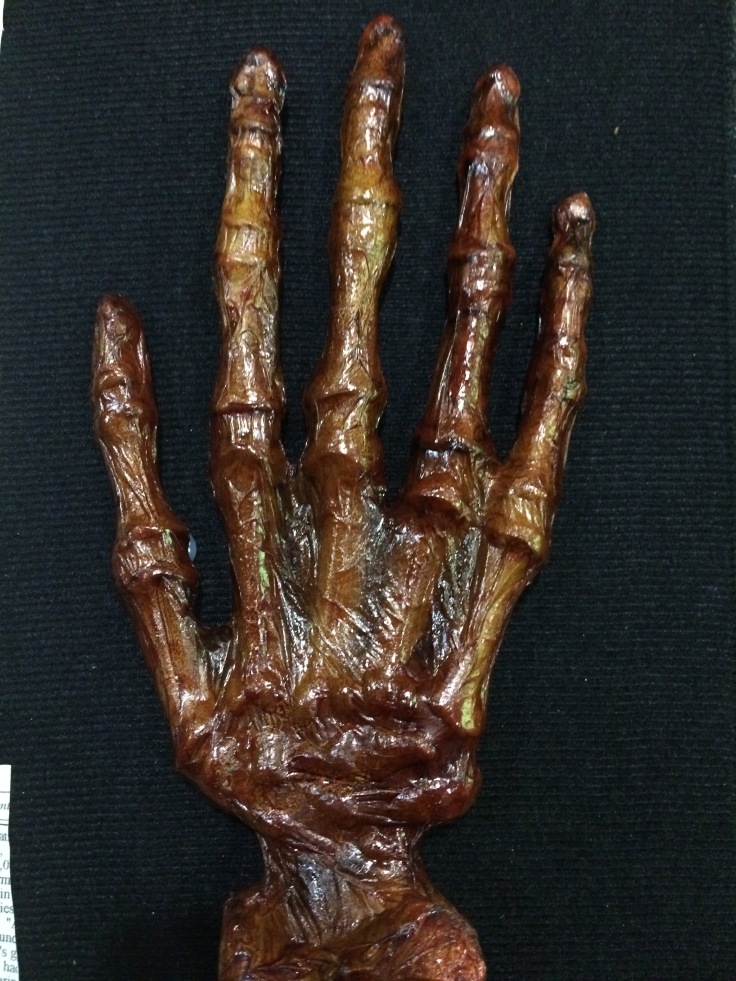 I obtained the hand of Mamba Shampti in 2011, excited about the prospect of it having been in the possession of Robert Ripley. It is now stored in a hermetically sealed case to help preserve it. Considering its age, it is actually in very good shape and unreal to look at, maintaining a glisten to the shriveled skin that betrays the actual age of the hand.

If you would like to read other entries in the Cabinet of Curiosities series, please click HERE.

Start a Blog at WordPress.com.