David: After writing the amazing book “The Illustrated History of Don Post Studios,” a book on Distortions Unlimited only seemed natural. Did you start on it right after the Don Post book was published?

Lee: I started writing “Remember the Future” about 2 weeks after launching the Post book in September of 2014. The night the Post book was launched, I met with Ed and Marsha for a few hours in the hotel’s business center and I was asked to write the book on Distortions. Much like the Post book, others had talked about writing it before but it had never been done. I had no intention of writing anything else after the Post book, but I was intrigued by the challenge and I agreed. 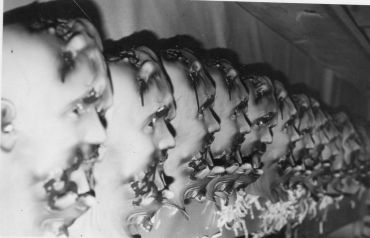 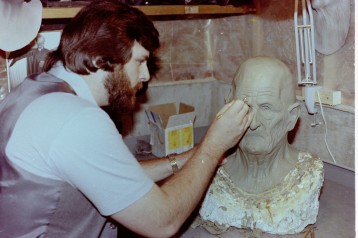 David: Which book did you find to be more difficult to write and why?

Lee: Both books were fun to research and had their own sets of challenges, but the Distortions’ book was definitely the more challenging to write. One reason is familiarity with the subject matter. Going into the Post book, I had been a Post collector for years and had a fairly decent grasp of the history of Post’s masks. I had picked up a few Distortions’ products here and there over the years, but really knew very little about Distortions’ products and even less about their involvement in the haunted attraction industry which made up half their history. Aside from a much steeper learning curve in my research, the other problem was trying to process the volume of information Ed and Marsha supplied me with. They were fantastic in getting useful information to me, but whittling it down was quite the daunting task. To give you an example, when I did the Post book I had around 800 images to whittle down to 650. By contrast, Ed and Marsha gave me over 10,000 images to sort through and whittle down to roughly the same number for both volumes. 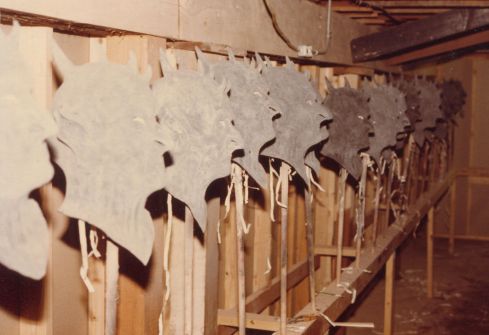 David: Would you say you are more of a Don Post Studios fan or Distortions fan? What gravitates you to the company you prefer?

Lee: I’m most definitely a fan of all of the big [three]…Don Post Studios, Distortions, and Be Something Studios. I love them all, but my own collection is probably 80% Post, 15% Be Something Studios, and 5% Distortions. Post’s designs from the ’60s and ’70s are what I remember ensnaring my imagination as a child. I love Ed’s sculptures and the same with Bill Ystrom’s designs at BSS, but those came to my attention later. 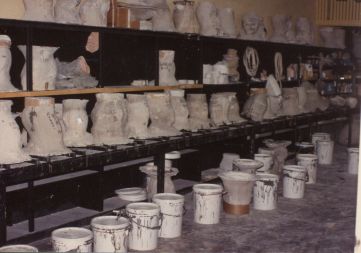 David: I am guessing that one of the difficult parts of writing the Don Post book was that the studio had already closed at the time you started writing it. What was it like to actually be able to go to Colorado and visit Distortions Unlimited?

Lee: Actually, the most difficult part of researching the Post book was the fact that the history went back so far that everyone involved in the company’s early days is gone. DPS had been around for over 30 years when I was born. By contrast, I was 6 when Ed started Distortions. By the time I visited Distortions, I had been working with Ed and Marsha on the book for just over [two] years and had definitely become an even bigger fan of Distortions. When I stepped into Distortions in October of 2016, it caused quite the conflict within me as I knew I was there to do work on the book, but the big kid inside me was like a kid in a candy store. Author Lee lost out to Big Kid Lee on the first day as I just wandered around, completely giddy, recognizing foam masters and molds for items I hadn’t seen in stores for years. For the next several days, I worked alongside Ed in the paint room and had a blast just talking about Distortions’ past and learning a lot of the little tidbits that made their way into the book. 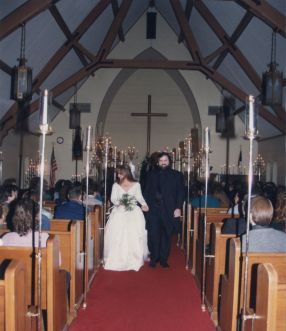 David: Are there any thoughts of doing a hardcover deluxe version, perhaps combining both volumes, like you did with the Don Post Book?

Lee: The only way that would happen would be if someone else wanted to publish it and bought the rights from me. As far as I’m concerned, what is available now is the only version of Volume 1 that will be released and, if Volume 2 gets released, it will be released in the same format. I could theoretically release them in a single volume which would be about the size of the first Post book, but I have no intention to do so. 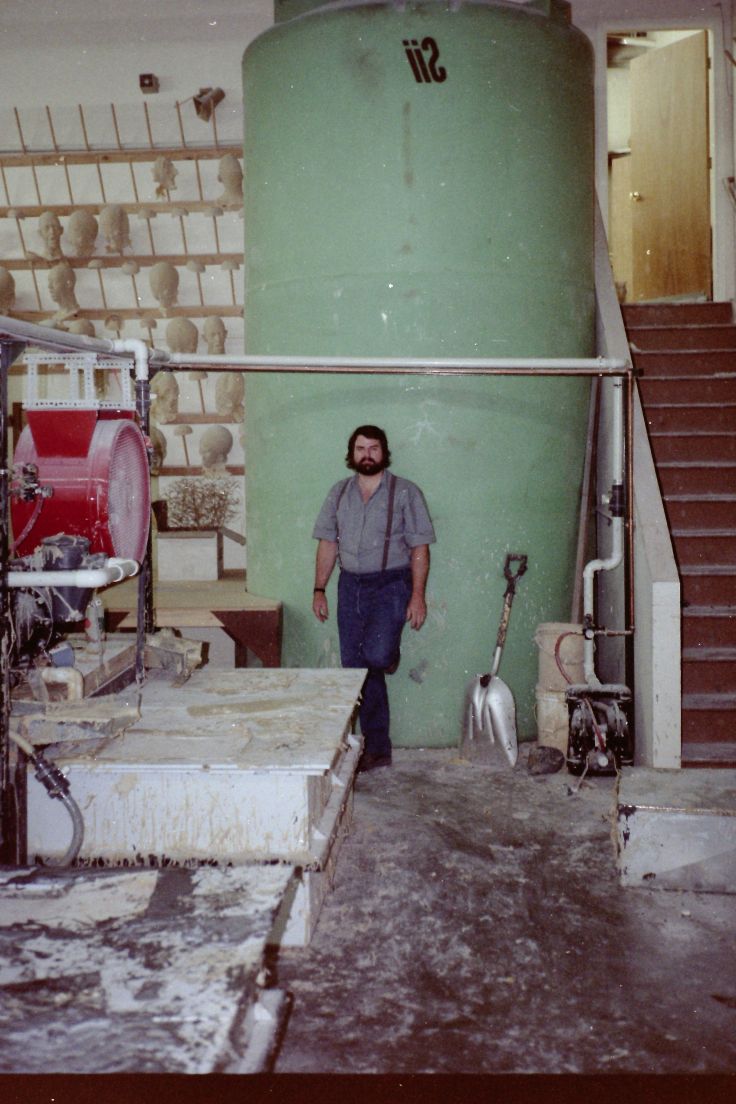 David: How are sales of this book? Does it look like you’ll be able to publish part two?

Lee: Sales were great for the first few days but they’ve tapered off, which I expected. The designer and I both have a lot of money tied up in Volume 1 and we frankly need to come close to breaking even before I can even consider finishing Volume 2. If that happens, it’s not looking like it will be anytime soon. Even then, it’s not a given that I will finish and release Volume 2. The good news is, if we do get to that point and I do decide to finish it, it won’t take long to wrap up.

David: Can you talk at all about what happened with Blacksparrow, the original publishing company?

Lee: Absolutely. It’s no secret that Blacksparrow sunk the money from the Post book into funding two other books, then the money from those was supposed to fund the Distortions’ book. Unfortunately, they both bombed and Blacksparrow was left on the verge of bankruptcy. As frustrating as it was for me to find out what happened, I recognize that it wasn’t anybody’s fault and I felt quite bad for Blacksparrow. Unfortunately though, it’s just the nature of the business. The one thing that particularly bothered me was that the money Blacksparrow had collected from pre-orders was gone and they weren’t able to refund everyone. The last I heard, shortly after the launch, was that some of the refunds have been processed and Blacksparrow is in contact with everyone still waiting on their refunds and it is being addressed. Anyway, we worked on other solutions after Blacksparrow wasn’t able to print the books. We did have discussions with someone who was willing to come in as a co-publisher, however that fell through for reasons I won’t get into.

That was when I re-acquired the publishing rights. The next option I considered was a Kickstarter campaign to pay for printing them and we were getting some great ideas for tier rewards. Unfortunately, as we started adding up the costs of what we would actually need to print them, it became apparent that it was quite unattainable and that idea was scrapped. I was left with the choice of either deleting the files and walking away or going with Amazon’s print on demand service. Rather than walk away, I did the print on demand and had to accept certain limitations on things I would have liked to do differently. For example, we had the book formatted to be printed with a 9×12 page size but Amazon sets a limit for color printing at an 8.5×11 page size. I would have loved glossy pages like we had in both editions of the Post books, but that wasn’t an option either. I also would have liked to release the books at a lower cost, but unfortunately Amazon sets a minimum price that I can list the book at. In this case, it was over $52. Hiking the price to $59.99 leaves me with a profit of $7 per book. The way I looked at it was that, after investing almost 5 years of my life and several thousand dollars of my own money into the book, I didn’t think $7 was an unreasonable ask.

I also want to mention something here that you mentioned in your review with respect to the single complaint about the cover ink coming off. This cover is printed exactly the same as the first edition of the Post books. Out of the 500 copies of those and over 100 copies of the Distortions book, the complaint you mentioned is the only complaint either Blacksparrow or myself received about the covers on either book. I’ve personally handled about 100 copies of the first edition Post books and about 25 of the Distortions book and have not had any problems with the ink coming off. While I won’t go so far as to call the complaint unfounded, I would point out that it is at most a very rare problem and the book could easily be returned to Amazon for a replacement if it happens to anyone else.

David: Ed Edmunds tells you that you can have one Distortions’ mask choosing from their entire body of work from day one. What would it be and why?

Lee: That’s actually a really good question. My Distortions’ wish list consists of only one mask that I want for one specific reason. Creeton is a special mask to Ed. Where he would usually look at a mask and see its flaws, Creeton he would just look at and think “This is cool”. It was the natural choice for the cover painting and I would love to have a copy to display on my shelf next to it. 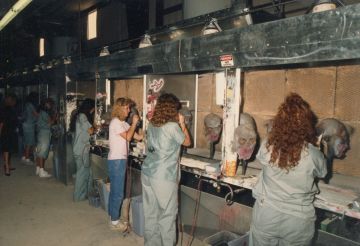 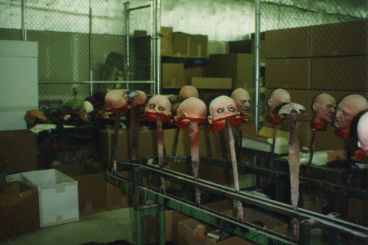 David: After seeing Ed on the show MAKING MONSTERS and even talking to him on the phone, he seems like such a fun guy to be around. What was it like spending time with him during the writing of this book?

Lee: It’s funny you mention that. There would be so many times when Ed or I would phone each other for one specific question that should take less than a minute and we would still be gabbing away about monsters [three] hours later. There’s no such thing as a brief conversation between Ed and I. As I mentioned earlier, when I was at Distortions I got to live out every mask nerd’s dream of working alongside Ed in Distortions’ paint room. We spent hours making monsters and talking monsters and I had the time of my life. In the author’s note section of the book, there are a few photos of me working at Distortions. None of those were staged photo ops. They were all taken as I was working on the pieces you see me working on. One of those photos is me painting a small run of Jack-O-Licious props with Ed watching me. I have that one blown up and framed. 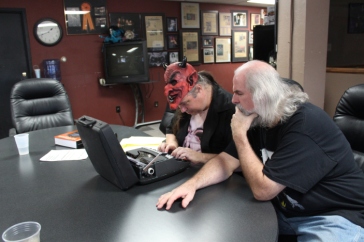 Lee: I love Be Something Studios (Zagone) and I would be lying if I said the thought of writing a BSS book to complete the trilogy hadn’t crossed my mind and sounded appealing. The reality though is that everything I’ve gone through to get this book released has really drained my enthusiasm. The book was released about a month ago and I just saw in my Facebook memories that it was [two] years ago today that I finished it.

I haven’t had any conversations with anybody from Zagone about doing a book, nor am I planning to initiate any in the foreseeable future. All that being said, if someone on their end approached me to do it I couldn’t see myself saying no. The opportunity to be the one to complete the chronicle of the big [three] is something I can’t see myself refusing.

I want to thank Lee for a few things. First off, for writing two very amazing books that every mask collector should have in their collection (and if you don’t, order your copy today by going HERE). Second, I want to thank him for providing all of the pictures used in this interview as well as in the book review. Third, I want to thank him and let him know how much I appreciate him taking the time to answer my questions. Lee is a great guy and deserves so much success with this project.