I did the majority of my comic book reading in the 70’s and 80’s, at a time when there were really only a handful of companies producing comics. Back then, as is the case now, Marvel and DC were the two forces to be reckoned with, but there were also companies like Gold Key Comics and Charlton Comics that produced a regular stream of titles. Though their quality may not have measured up to the super-powers, they both offered many fun titles. For me Gold Key (sometimes sold in 3 issue collections in plastic bags under the Whitman Comics label) were fun for their UFO and flying saucer titles, oftentimes featuring beautifully painted covers that were some of the best covers seen at the time. Charlton (sometimes sold in 3 issue collections in plastic bags under the Modern Comics label) were popular for the horror and ghost comics, though they did produce a variety of war, superhero and romance comics (for the girls) as well.

Though Marvel was the main producer of comics that I read, I was also a fan of the underdog, Charlton Comics. Charlton produced comics from 1945 until 1986 and were based out of Connecticut. In addition to the varieties mentioned above, they also published comics in other genres, including crime, western and science fiction. They were a low-budget company, known for buying material from out-of-business comic book companies and since they also did their own printing, the quality often varied. It was common to find issues with printing that was off, pages that were trimmed the wrong size and even covers that were offset. 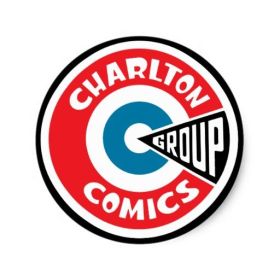 Five titles I regularly read from Charlton, or reprinted versions from Modern, were Ghostly Tales from the Haunted House, The Many Ghosts of Doctor Graves, Ghost Manor, Creepy Things and Scary Tales. I always enjoyed these stories, even though they may not have been as the same quality as those titles released by EC Comics in the 1950’s. 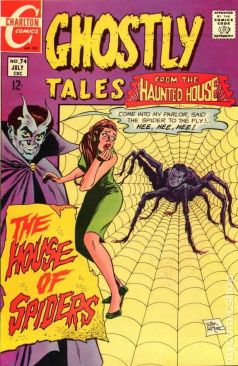 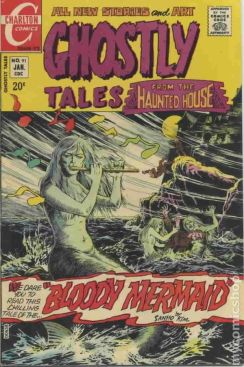 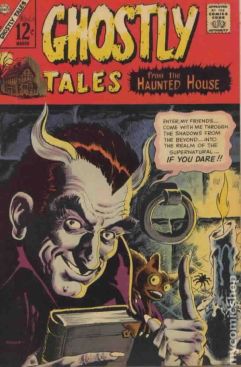 Unfortunately, I did not keep these issues that I once read and find myself oftentimes thinking about these issues, wanting to read them again. If Charlton was still in business, perhaps they would also release Omnibuses like Marvel and DC do, collecting entire collections of their classic titles. Because they are not in existence any more, I initially thought that the only way I could revisit these fun titles was by buying back issues, at collectors’ prices, which would be cost prohibitive. Thankfully that has changed. After doing a random search of Charlton Comics on Amazon I discovered a company called Gwandanaland Comics, who is actually releasing collections of the very same titles I have been longing for! 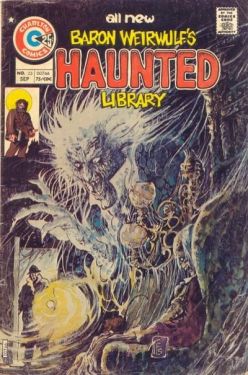 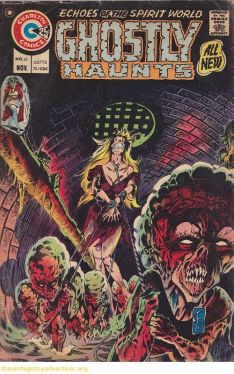 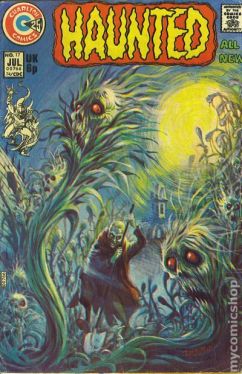 Since the copyrights have expired on the Charlton titles, they are now in the public domain, which means they can be reproduced here. These books are not produced like those from Marvel and DC, where they have the original source material to reprint right to the page. For these collections, the actual comic book pages are reproduced, and in pretty good quality too! The sizes of the books are only slightly larger than the original size of the actual issues of the titles being reproduced.

According to Lance Jones, the owner of Gwandanaland, the books are taken directly from scans of the original comics which are decades old which means they will have signs of age and wear. Their goal is to make the pages look as good as possible without losing their authenticity, which shows. Their goal, believe it or not, is to keep the book looking like an old comic. I will talk more about this in a future blog. 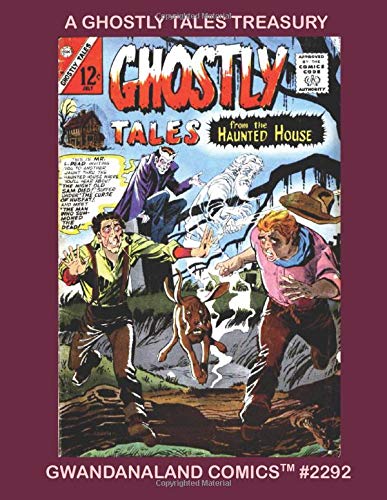 For this particular book, I will say that I am very impressed. I have always been a nostalgic person, often trying to recreate the magic I once felt as a child by re-visiting things I enjoyed doing as a child. One thing I very much enjoyed was reading comic books and would greatly look forward to visits from my grandmother, when she would bring a stack of various titles for me. This was actually how I was introduced to the Charlton lines.

This collection features 264 pages, covering the first ten issues of this series from the 1960’s. Though these issues came out way before I started reading this title in the 1970’s, it was great to see how the series started out. The artwork, by artists such as Rocco “Rocke” Mastroserio, Steve Ditko, Ernie Bache, Pat Boyette, and Golden Age master Rudy Palais, is phenomenal and is reproduced beautifully here. The stories themselves are also a lot of fun and I can see myself re-reading this collection over and over again. I am truly hoping that Gwandanaland Comics keeps releasing more collections in this, and other Charlton series. This edition is also available in two versions; one in full color and one in black and white, for a reduced price. I honestly believe that horror comics more than any other type look great in black and white but for me, seeing these in the way that they were meant to be seen is the way to go.

The quality of the book is excellent. The paper quality is phenomenal, the printing is crisp and the binding will definitely hold up to repeated readings. The fact that the original comic book pages are scanned gives the book a raw feel, not found in editions put out by Marvel or DC. All of the titles are available direct from Amazon! If you are a fan of the comics from the 50’s, 60’s and 70’s and are like me in that you cannot afford the collectors’ pricing to read them, Gwandanaland is a great way to go that is affordable and highly recommended! They have thousands of titles available and are adding more almost daily! Though they do not have an official website, they do have a Facebook page and you can check it out HERE! You can feel totally confident buying from them; you will not be disappointed!

If you would like to read all of  my blogs in my Off The Rack Comics series, please click HERE.