Horror hosts have been around almost as long as television has shown horror movies. Back in the day, before corporations took over all of the local television stations, said station would try to maintain a local feel that extended beyond the news. Some of these stations would have local kids’ clubs, Dialing for Dollars movies and of course, usually late at night, horror movies that were usually hosted by a ghoulish character that would oftentimes entertain the viewer during the commercial breaks.

Though I was aware of certain hosts at the time, like Vampira, Zacherley and Elvira, the Son of Svengoolie was the first one that I actually saw, and fell in love with. Eventually I was able to draw in Elvira’s Movie Macabre out of a station in Connecticut if the weather was just right on a Saturday night. Once we got cable I was also able to watch Morgus the Magnificent on Morgus Presents on WPIX out of New York and Grandpa Munster on Super Scary Saturday on TBS. After this, I couldn’t imagine watching these old movies any other way. Unfortunately, as local television died, so did the horror host…or so it seemed. 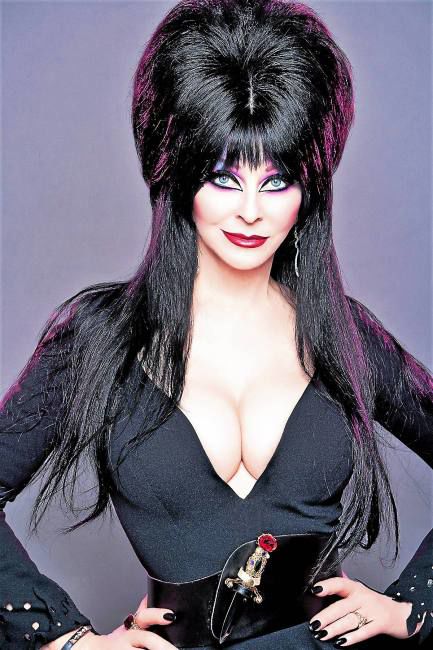 Eventually I found out that there still were many horror hosts, most of which were either showing public domain films on public access television or on the internet. Thanks to social media I was able to befriend many of them, quite a few of which I have met in person and written about in the past. Over the years I have also amassed a huge collection of horror hosted shows, both from the bygones of local television right up till now. It’s difficult for me to pick a favorite as they all have something to add. Their characters are all different and how they approach the movies as well gives enough variety that watching the same movie over and over again, but with different hosts, can be like seeing the movie for the first time.

Just recently I was very happy to find the book “Vampira and Her Daughters: Women Horror Movie Hosts from the 1950s into the Internet Era.” I have a few books on horror hosts, one of which I co-authored the forward for (“Creatures of the Night That We Loved So Well: TV Horror Hosts of Southern California” by James M. Fetters) and I am always on the lookout for a new one. Though many of the hosts were men, quite a few were in fact women. Though Elvira is probably a household name, even to those that are not horror host fans, there certainly were many women who would join us in our living room each week to help us get through a scary movie with their own brand of humor.

This book features dozens of female hosts, some that are very well known and others that have very little information about them. The size of each listing varies with the most popular and accessible hosts getting the most space, and oftentimes a full interview as well. I was thrilled to see that one of my favorite hosts, Penny Dreadful out of Massachusetts, not only did the forward but gave a great interview as well. Visiting her in her home and actually sitting on the set of Shilling Shockers is a memory I will cherish for a long time. In fact, she even sang the Monster Mash for me at my 50th birthday!

Reading this book was truly a time capsule for me. Not only did I discover hosts I had never heard of before but I was also able to re-discover hosts that I had forgotten about, usually because they were no longer hosting. For each host their real name is given, their birthplace is listed and then there is a section of what they hosted. From there is the host’s biography and in some cases, an interview.

This book is a quick read and very entertaining, especially with the interviews. I found it a lot of fun to hear how these women got their start and what their motivations were. Whether you are a long-time horror host fan like me, or someone with a passing interest, this book is guaranteed to hold your interest. McFarland has done it again with another must have book for your horror library!

To order your copy, you can either go direct through McFarland by going HERE or by going through Amazon HERE!